Right now, the answer is no.

But there is that distinct possibility in the future. This brings me to the point of this article. What needs to be done to bring GIMP to the forefront of the industry, and overthrow Photoshop in the same way that OpenOffice is starting to overthrow Microsoft Office?

The Name:
Ok, sure, calling it the GIMP back in the early days of Linux was cute. It was an easy to remember package name. But now that the GIMP is starting to garner attention from professionals, and gaining professional-level tools. the name has to go. I don’t care what it’s called, but naming a professional level graphics tool after the derogatory term for a person who can’t walk is not smart business. Linux purists will certainly balk at this notion, however, if one steps back from the community to look at the big picture, it becomes plainly obvious that this is an inappropriate name. One would argue that Google is a silly name, or even Ubuntu, but at least those have a meaning behind the name. For example Google is a misspelling of the word “googol” which means 10 to the 100th power, which is a play on the number of search results you’ll get, or more recently, the amount of money Google has.
GIMP however, is an acronym for GNU Image Manipulation Program. It basically is trying to be called GIMP. Change. The. Name.

CMYK:
Many professionals who work with Photoshop in a production environment use the CMYK color space on a daily basis. Any pro-level tool without this is destined to fail. It needs to be added, and I’m sure it’s on the list for inclusion. Actually, It might already be, but I havent tried the newest version recently.

Vector-Based Shape/Text support:
This was one of the BIGGEST additions to Photoshop in terms of productivity enhancement. I know for a fact that vector support is being added to the GIMP, but its inclusion needs to be added soon for designers to really start taking GIMP seriously. The ability to freely scale vector shapes and text would be a huge help.

Layer Effects:
This is another tool in the Photoshop users cookbook that needs to be added to the GIMP. I know the GIMP doesn’t want to be a Photoshop clone, but the ability to add non-destructive layer effects like bevels, drop shadows, and glows without adding additional layers to already bloated projects is a god-send for Photoshop users. This should be yet another feature high on the list for GIMP inclusion.

Resizable Brushes:
Here’s a biggie. I shouldn’t have to keep 50 of the same brush in my brushes swatch just so I can have different sizes. Each of the brushes should be independantly resizeable at any time, possibly using the [ ] keys as hotkeys for resizing, similar to Photoshop. It will make painting with a mouse instead of a tablet much easier.

That’s my list of the biggest issues facing the GIMP. As you can see, it’s a fairly short list. If those few things can be solved, the world will finally have a free / open source replacement for Photoshop, which knowing the development base of the GIMP, will probably surpass Photoshop in a few years.

25 thoughts on “GIMP vs. Photoshop – What still needs to be done?” 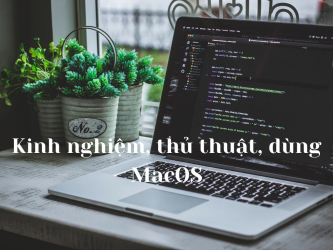